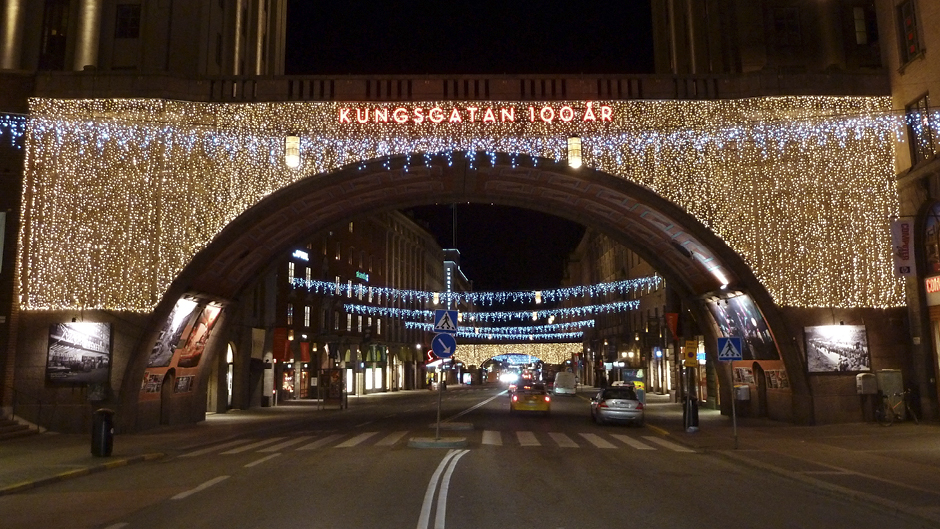 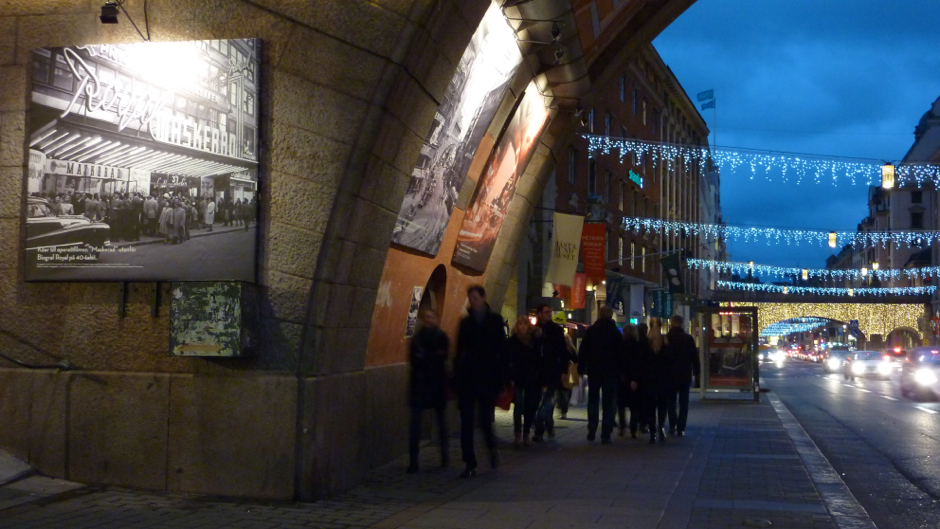 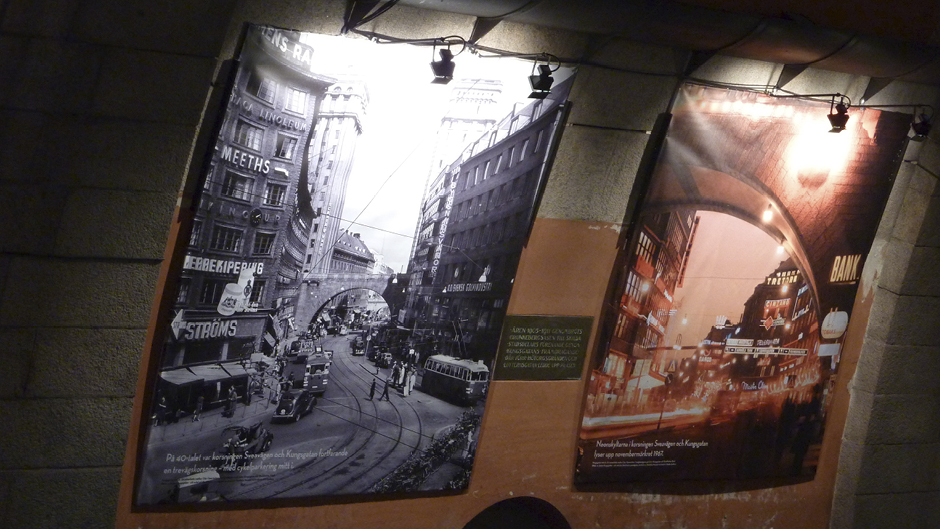 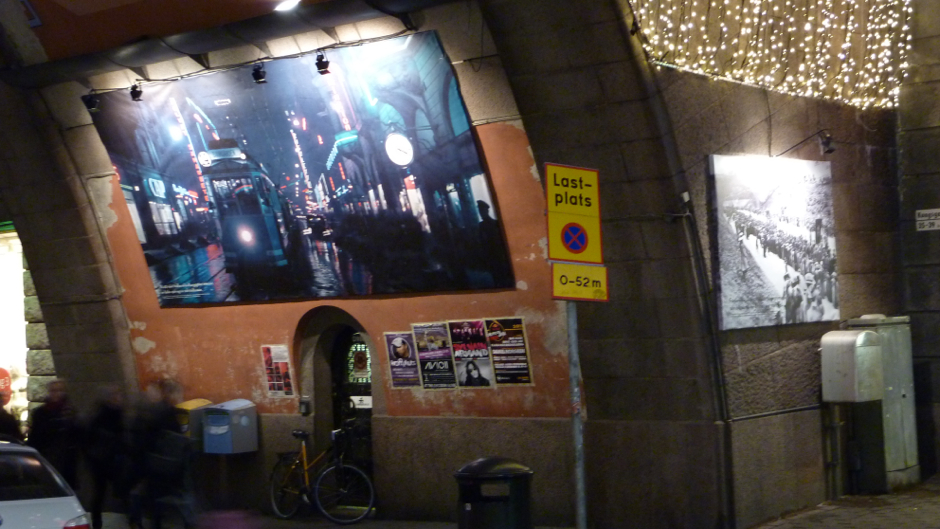 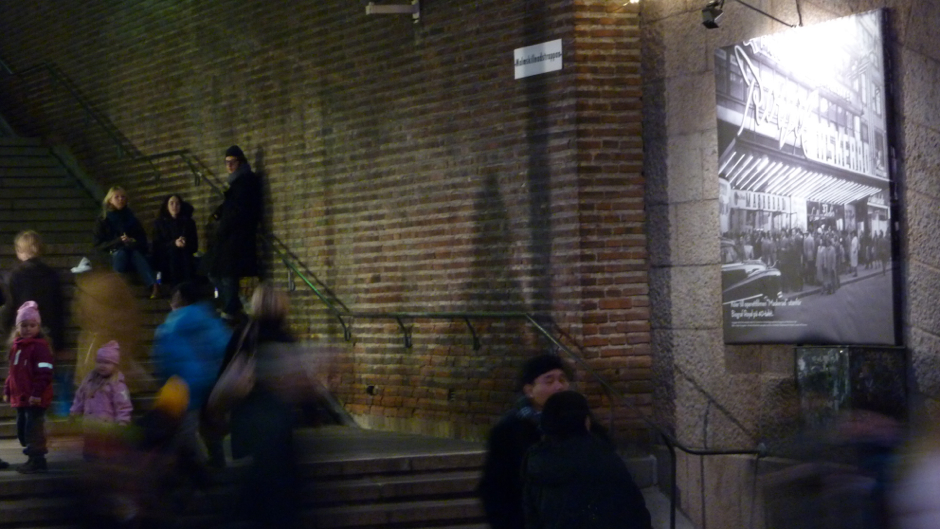 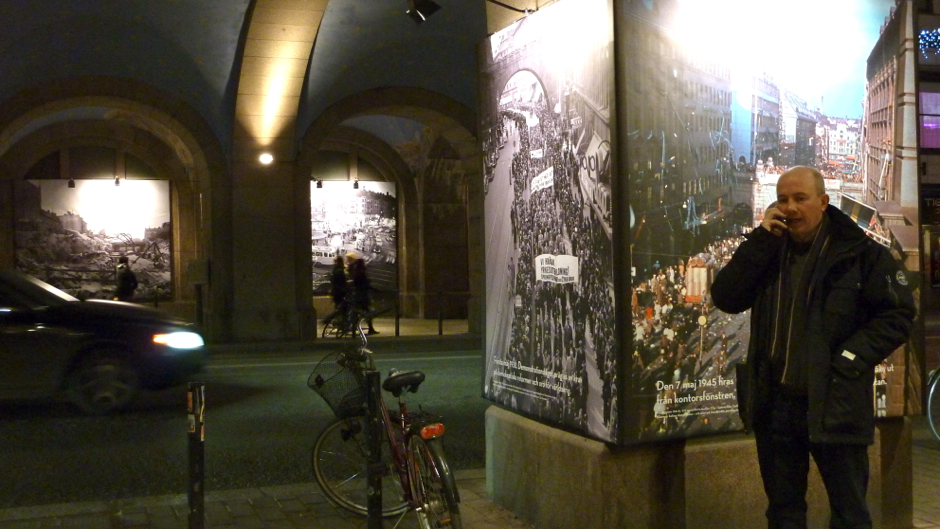 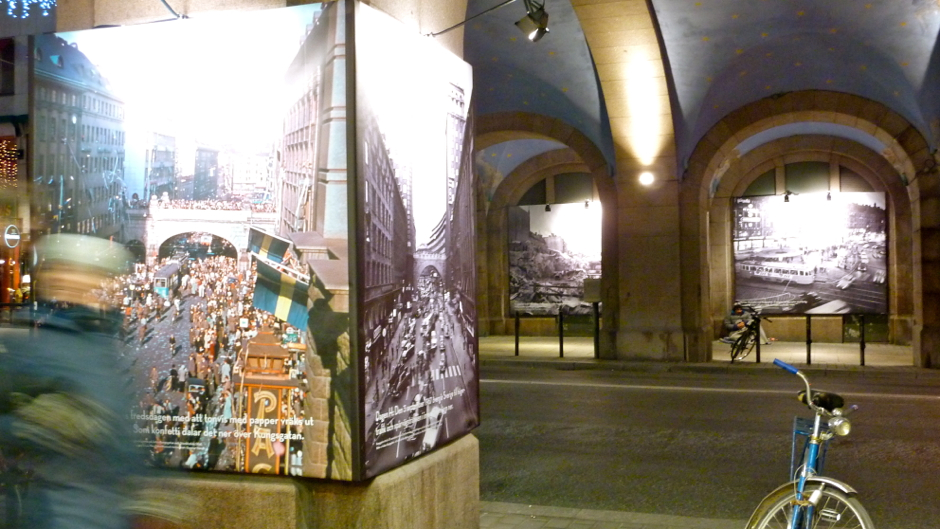 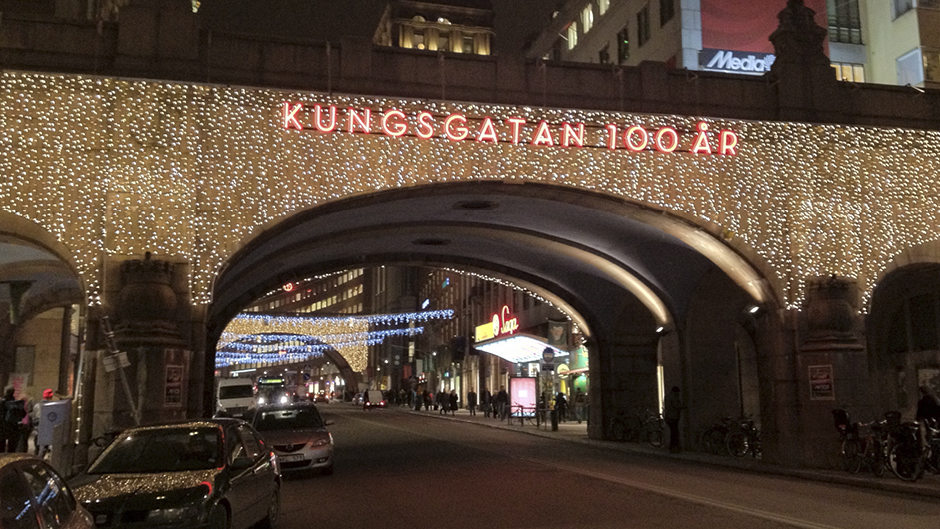 The completion of Kungsgatan in November 1911 was literarily a brake-through for the development of the
inner city.
It fast became a busy shopping street as well as the stage
for many of the most important moments in the history of Stockholm and the country.
To commemorate its role we proposed a large scale photo exhibition depicting some of these historic events of the past century.
Kungsgatan was also known for its neon signs, so it was an obvious choice to announce the anniversary with a genuine neon sign on the backdrop of the Christmas decorations.
The projects was done in cooperation with Small World and Bokförlaget Max Ström .