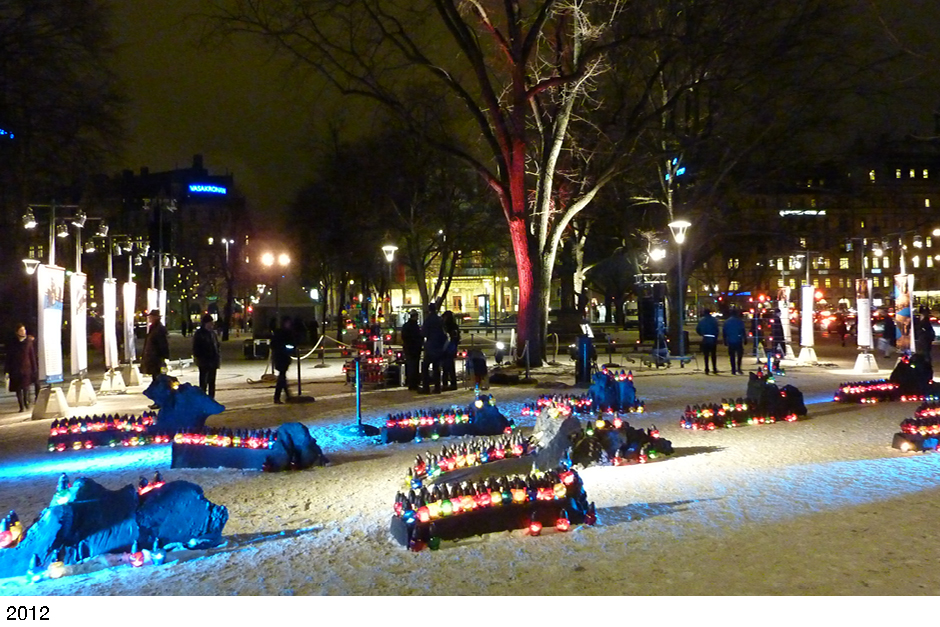 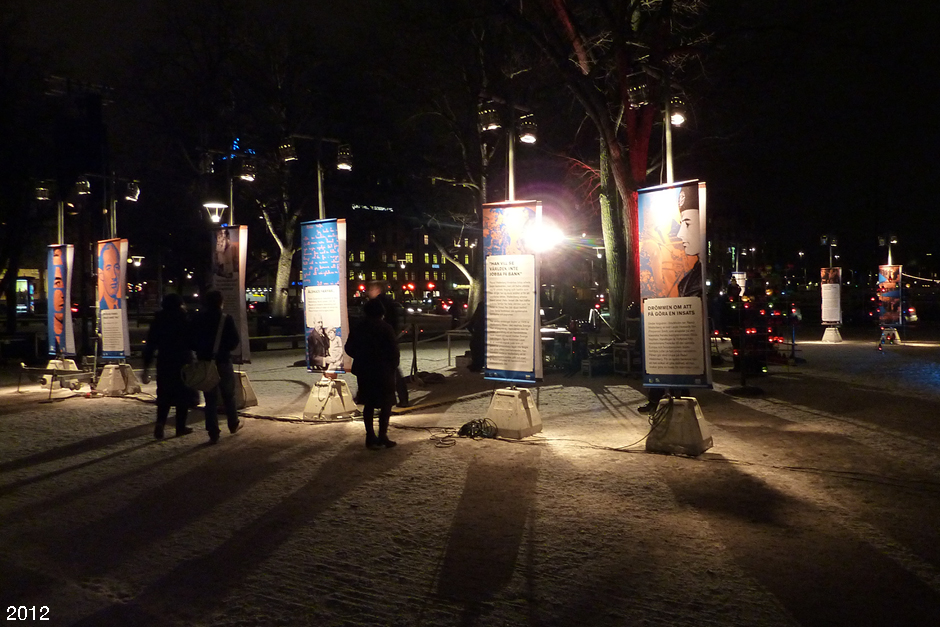 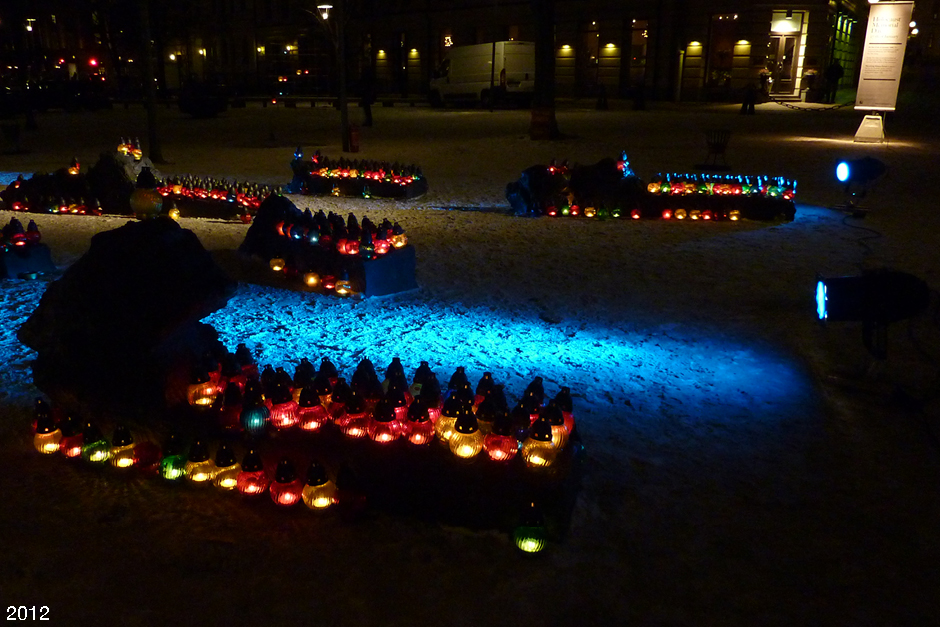 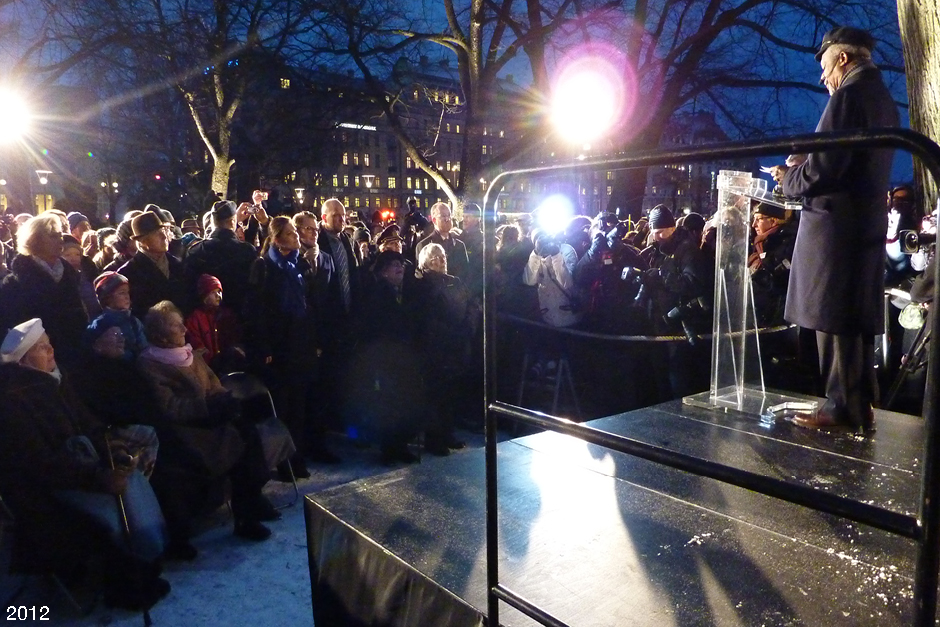 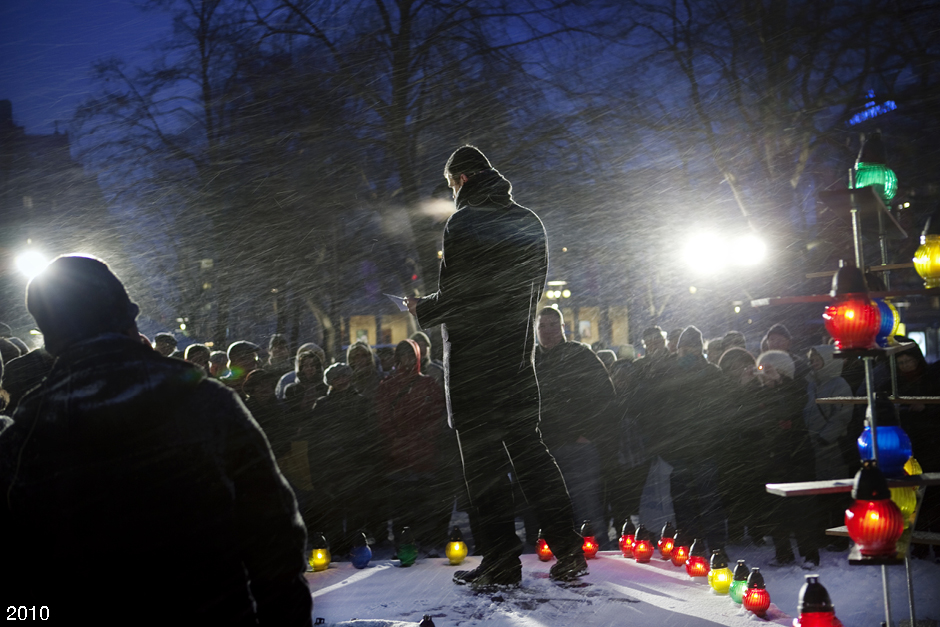 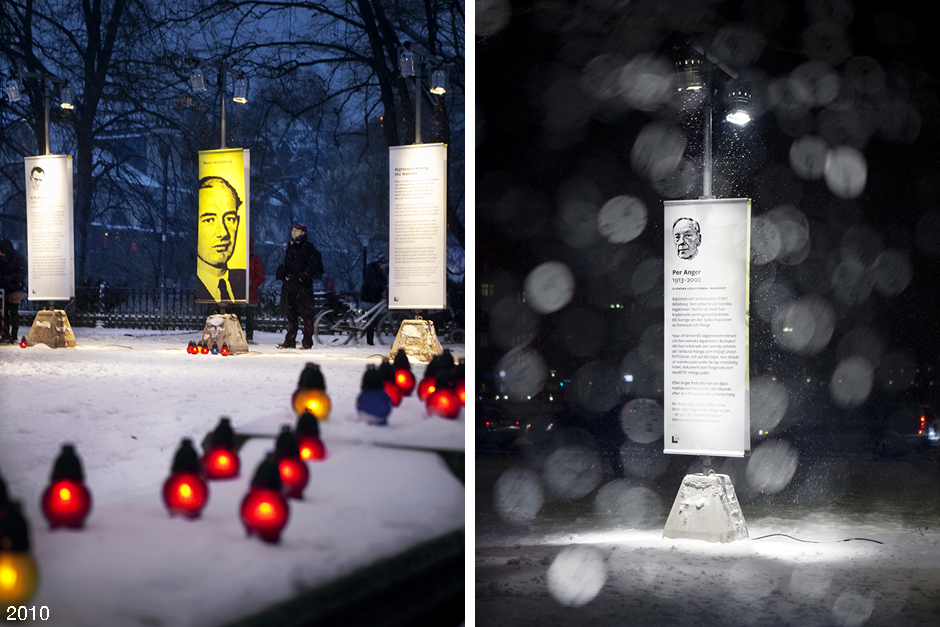 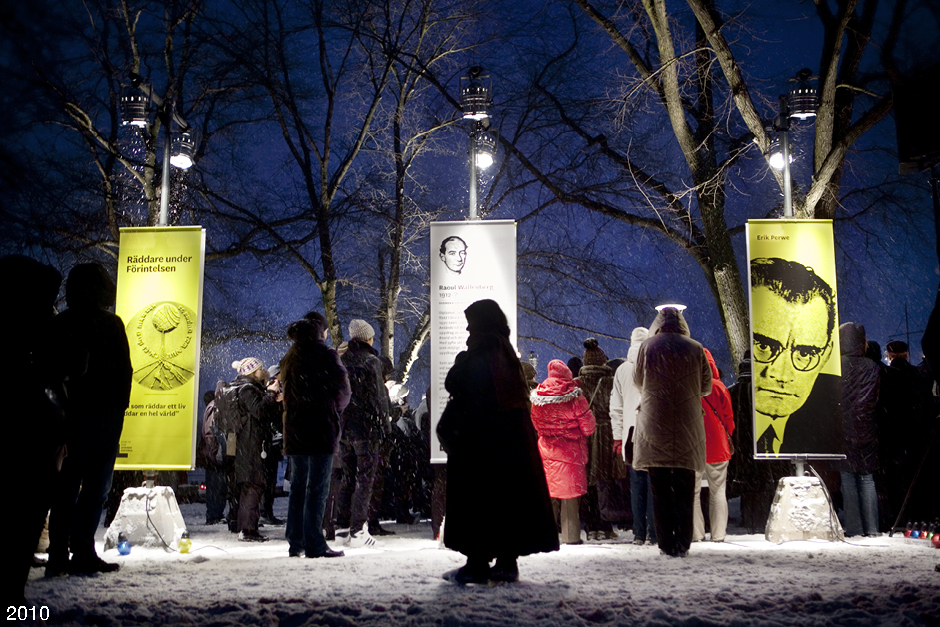 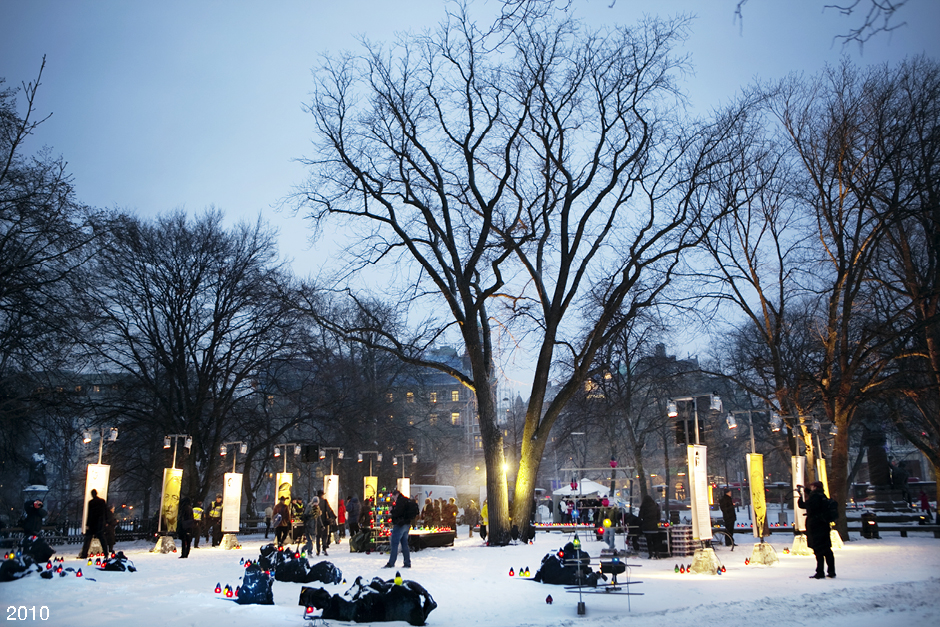 To commemorate the National Holocaust Memorial Day on the 27th of January an official ceremony organized by The Living History Forum is held at the Raoul Wallenberg Square in Stockholm.
Every year a different exhibition on a related topic is shown and people are welcome to light candles in memory of the victims of the holocaust. The day finishes with a ceremony led by prominent guest speakers.
2012 marks 100 years since the birth of Raoul Wallenberg and the ceremony was attended by Princess Victoria, Prince Daniel, former Secretary-General Kofi Annan and the Swedish Prime Minister Fredrik Reinfeldt.
In cooperation with Jonathan Kipwsky and Small World.